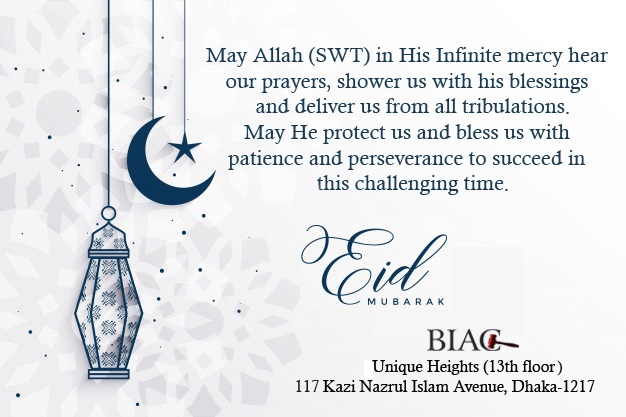 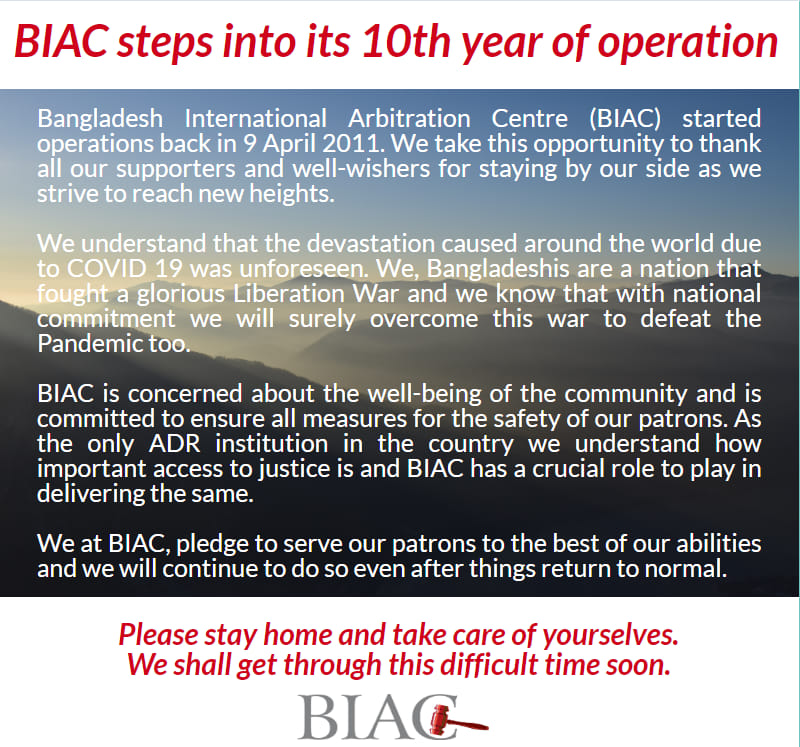 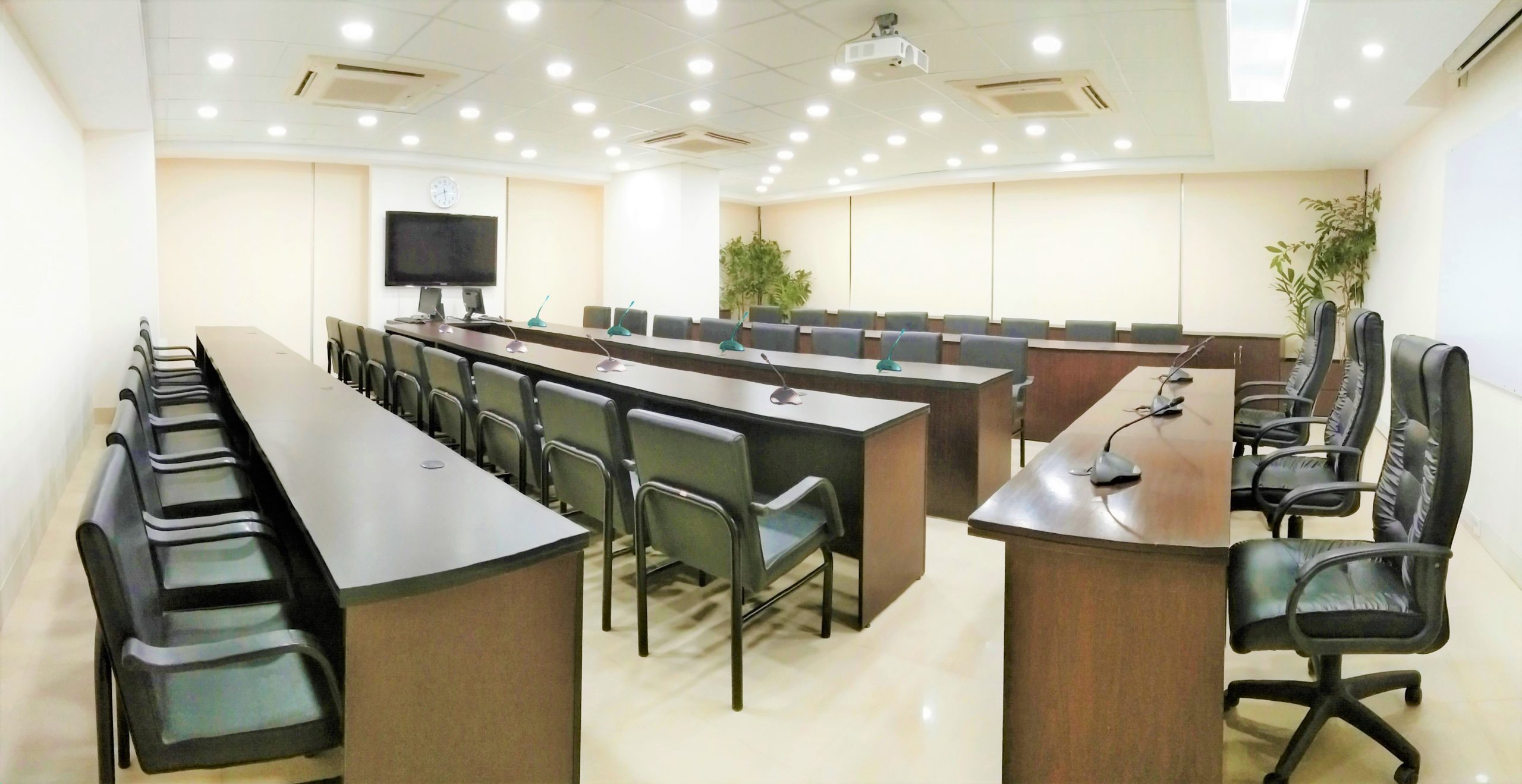 Md. Emdadul Haque Kazi
Mr. Kazi is an advocate of the Supreme Court of Bangladesh and Head of Jurischolar Associates. He has completed Bachelor of Laws and Master of Laws from the University of Dhaka. He has successfully completed international and national courses and workshops on Arbitration and Mediation.

Muhammad A. (Rumee) Ali
Mr. Ali is the CEO of BIAC and Chairman of AB Bank Ltd. He is also Chairman of the Commission on Banking of the International Chamber of Commerce-Bangladesh (ICC-B), Independent Director on the Board of Eastland Insurance Company Ltd., Director on the Board of Industrial and Infrastructure Development Finance Company Limited (IIDFC), Board Member of Friendship (International NGO) and Advisor to Alliance for Bangladesh Worker Safety, USA. He was former Deputy Governor of the Bangladesh Bank, Chairman of BRAC Bank Ltd., founding Chairman of Bkash Ltd. He was the first Bangladeshi CEO of ANZ Grindlas Bank later Standard Chartered Bank.

Shafayat Ullah
Mr. Shafayat Ullah is Executive Vice President-Head of Legal at The City Bank Limited. He started his career as a lawyer in the High Court Division of the Supreme Court of Bangladesh, before joining City Bank in 2016. He is also an expert in commercial and legal matters, such as commercial disputes, insolvency and bankruptcy, corporate finance, taxation, banking and financial institutions and legal documentation. He has successfully completed international and national courses on Arbitration and Mediation.

Amirul Islam
Mr. Islam is Executive Vice President – Head of Corporate Credit Risk at The City Bank Limited. He has completed Masters in Business Administration. He has also successfully completed international course on Negotiation and Mediation.

Tarique Afzal
Mr. Afzal is the President & Managing Director of the AB Bank Ltd. He joined AB Bank in 2018 as Deputy Managing Director – Head of Corporate, Legal & Regulatory Affairs. He has worked in London, UK and Credit Union in Canada, ANZ Grindlays Bank, Standard Chartered Bank in Bangladesh and abroad. He also held senior positions in BRAC Bank and Bank Alfalah as well as represented Dun & Bradstreet in Bangladesh as Country Head. He also successfully led the automation and transformation of banking process and systems at the country’s two largest state owned financial institutions- Sonali and Rupali Bank.

Professor Abu Zayed Mohammad
Professor Mohammad is Dean, Faculty of Law and Proctor at Northern University Bangladesh. He is a well-known Research Expert at the R&D Cell of RAB, Research fellow at the Bangladesh Institute of Peace and Security Studies and a lawyer of Dhaka Bar Association. He completed his LLB and LLM from Dhaka University, Post-graduate Fellow (M.A) from School of Anthropology, Geography and Environmental Studies from the University of Melbourne.

Dr. Md. Nurul Islam
Dr. Nurul Islam is Director (Agriculture Information Service) under the Ministry of Agriculture. He is an international procurement specialist. He completed his Bachelor of Arts (Honors) and Horticulture in Agriculture and PhD from Bangladesh Agricultural University. He also has an MBA degree and Diploma in Public Procurement Degree. He is a member of the BCS (Agriculture) cadre and is a skilled and experienced Resource Person in ICT based Innovation.

Shifat-E-Noor Jhily
Ms. Jhily has completed her Post Graduation in International Business Law. She is an accredited mediator of the ADR-ODR International, UK and is a lawyer by profession.

Md. Quamruddoza
Mr. Quamruddoza is Joint Director (Finance & MIS) at ASA. He has more than 15 years of experience and has worked with organizations such as Otobi, Shanta and PKSF. He has completed MBA in Finance and Post Graduate Diploma in Information & Communication Technolgy. 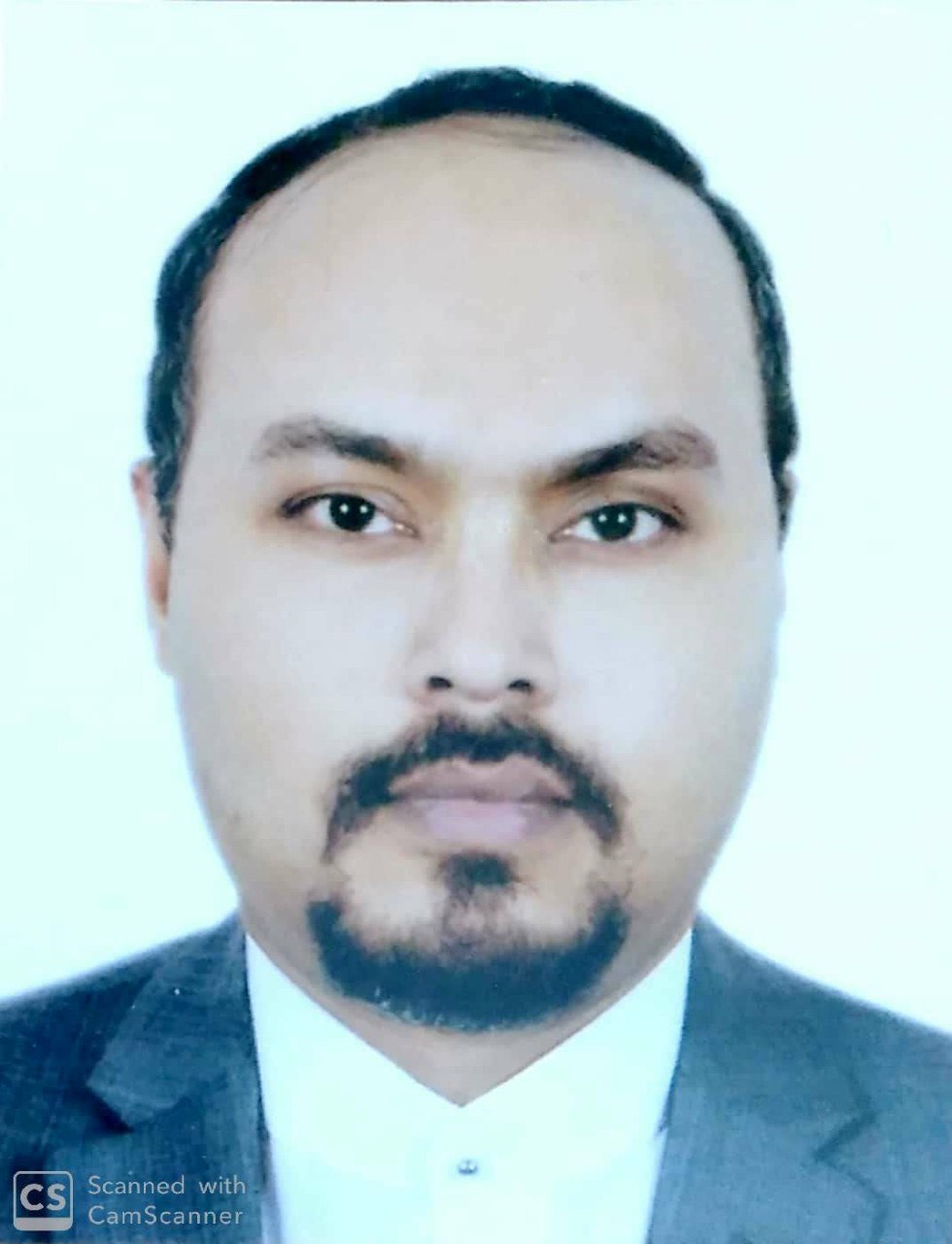 Zaidy Hasan Khan
Mr. Khan has been serving as Assistant Attorney General for Bangladesh since October 2017. He has more than 13 years of experiences in various areas of law including Corporate, Commercial, Arbitration, Regulatory issues, Foreign exchange laws, Digital Security and compliances, Anti-corruption law and regulations. He has completed Bachelor of Law from Southampton Institute & Nottingham Trent University, UK and Master of Laws from Bangladesh University of Professionals.

Khadiza Nasrin
Mrs. Nasrin is a Research Officer (Senior Assistant Judge) with the Law Commission of Bangladesh. She has completed her LL.M in Global Crime, Justice & Security from Liverpool John Moores University, UK under Commonwealth Shared Scholarship in 2016 and in Comparative & International Law from University of Dhaka in 2008. She completed her LL.B from the University of Dhaka in 2007.

Mohammad Arifur Rahman
Mr. Arif is an apprentice lawyer who has completed his Bachelor of Laws (2019) from University of London. He is an ADR-ODR accredited Civil-Commercial Mediator (2019).

Justice AFM Abdur Rahman
Former Justice of the High Court Division of the Supreme Court of Bangladesh, Justice Rahman has delivered more than 7000 judgments over 15 years’ time since 2003. He has dealt with and disposed of Judicial ADR matters related to Income Tax, VAT, Admiralty, etc and commenced practice as an independent International Commercial Arbitrator since 2018. He is Head of Chamber of Rahman Law Associates & Company. 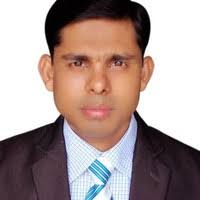 Mr. Haque is an Assistant Professor, teaching Law at the Southeast University. He is also a Human Rights Researcher and Freelance Journalist. He obtained his LLB (Hons) and LLM from the University of Rajshahi. He has published peer reviewed articles, book chapter and conducted study reports funded by the National Human Rights Commission (NHRC), Dhaka. 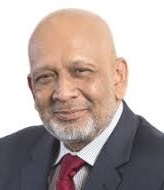 Mr. Ajmalul Hossain QC, the first and only Queen’s Counsel in England of Bangladeshi origin, is also a Senior Advocate of the Supreme Court of Bangladesh. Mr. Hossain QC is the Senior Partner of A Hossain & Associates. He practices in London from Selborne Chambers, and from A Hossain & Associates in Bangladesh and Singapore. He is the first Fellow of Chartered Institute of Arbitrators from Bangladesh and specializes in Arbitration, Banking and Finance, Business and International Trade, Corporate Advisory, Cross Border Dispute Resolution, Public Law and Judicial Review, Regulatory Issues among other things. He completed his Bachelor and Master of Laws from Kings College London and is also BIAC’s Panel Arbitrator.

Ms. Asmat is an Advocate of the Chattogram District Court since 2014 and has handled civil cases related to land. She has completed her Masters of Law from Universiti Kebangsaan Malaysia (UKM) and Premier University, Chattogram. She is a member of Lawasia (Australia) since 2017. She has presented a paper titled “Comparative Study Between Conventional Microfinance and Shariah-Compliant Microfinance in Bangladesh Perspective” at the International Conference on Governance and Wealth Management 2018 in Malaysia.

Mr. Russel is Additional Deputy Police Commissioner with the Dhaka Metropolitan Police. He had started his career as teacher and later joined the Bangladesh Police Force in 2010. He is a recipient of the President Police Medal (PPM). He has completed Bachelor and Master of Science in Geography & Environment (Jahangirnagar University), Bachelor of Laws (Northern University), Master in Police Science (Rajshahi University) in addition a number of training courses while in service.

Mr. Chowdhury is an Advocate of the Supreme Court of Bangladesh. He holds an LL.M (Legal Professional Skills) City University (UK) and completed his Bar Vocational Course with a Post Graduate Diploma in Professional Legal Skills. He also has LLB (Hons) from University of Wolverhampton and BSS (Hons), MSS in Political Science, (Major Economy and International Relationship) from Jagannath University College, Dhaka. He is a Fellow of Chartered Institute of Legal Executives (FCILEX), UK, and Associate of Bangladesh Insurance Academy (ABIA)”

Naquib is currently an associate at Huq and Company. He has completed his Bar Professional Training Course from City University London (UK) and Bachelor of Laws from University of London. He has been associated with Arbitration in Bangladesh for many years, as Secretary to the Tribunal as well as Counsel representing parties in Arbitration.

Umran is an in-house counsel at Amir & Amir Law Associates. He has completed his Bachelor of Laws (Honours) from Sorbonne-Assas International Law School (a branch of the University of Paris II Pantheon-Assas) with a focus on comparative and international law. He has previously worked with the Bangladesh Enterprise Institute, Amnesty International, Grameen Bank and Grameen Shakti. He also writes for the Dhaka Tribune.

Ms. Farzan Ahmed is currently Senior Vice President and Head of Legal Affairs Division at Dhaka Bank Limited. She is a Barrister-at-Law and an Advocate of the Supreme Court of Bangladesh. She is registered as a Foreign mediator of the Thailand Arbitration Center (THAC) and has been accredited by the ADR-ODR International, UK.

Mr. Manjur Ahmed is the former Managing Director of Bangladesh Development Bank Limited. Prior to this, he was MD of Rajshahi Krishi Unnayan Bank (RAKUB). He started his career by joining Bangladesh Krishi Bank (BKB) as Principal Officer in 1983. He has been a banker for over 32 years. He obtained MBA degree from the Institute of Business Administration (IBA) under the University of Dhaka and an MS in business from the University of Canberra in Australia. During his long banking career, the banker took part in many workshops, symposiums and seminars at home and abroad.

Mr. Saiful completed his graduation and post-graduation from University of Dhaka. He has accreditation on Arbitration the Chartered Institute of Arbitrators, UK and works in the legal arena of corporate sector.

Mr. Adnan has completed his LL.B. (Hons.) and LL.M. He is a Law and Human Rights Activist, Law Associate at Advocate Mohammad Abdur Razzaque & Associates. He is also an accredited Civil Commercial Mediator of the ADR-ODR International, UK, a member of ATAS (World) & IBM (USA). He has completed land survey course under BTEB. He has successfully participated in many of National and International Programs, Seminars, Symposiums, Workshops, Training courses etc. He is a popular Lecturer and Socio-Cultural worker. He won the President’s Award and Community Development Award for his activities.

Mr. Taher has completed Master of Laws in National & International laws from Eastern University in 2013 and Bachelor of Laws in 2012. From           November 2017- December 2019 he has worked as “Child Protection Activity Coordinator” with Terre des hommes Foundation Cox’s Bazar. Prior to that, he worked as “Legal Associate” for TAI Inc. Nayapara Refugee Camp, Teknaf, Cox’s Bazar, Bangladesh and as an Associate Lawyer for Shameem Aziz & Associates.

Ms. Tanha Ahmed received her LLB from University of Southampton and was called to the Bar in 2007. She was awarded a Distinction in her LL.M from SOAS including a Distinction in International Commercial Arbitration. She worked as a Research Assistant for the book titled “International Commercial Arbitration and the Arbitrator’s Contract” written by Emilia Onyema. Tanha worked as an Associate at Dr. Kamal Hossain & Associates. She is qualified as an Advocate of the Supreme Court of Bangladesh. She assisted Dr. Hossain in his role as an Arbitrator at several ICSID arbitrations.
In London, she worked as an associate at Fenchurch Law LLP and at Ashurst LLP. After Ashurst, she worked in the Enforcement and Financial Crime Division of the Financial Conduct Authority (UK). Currently, she runs her own practice (TZ Ahmed & Associates).