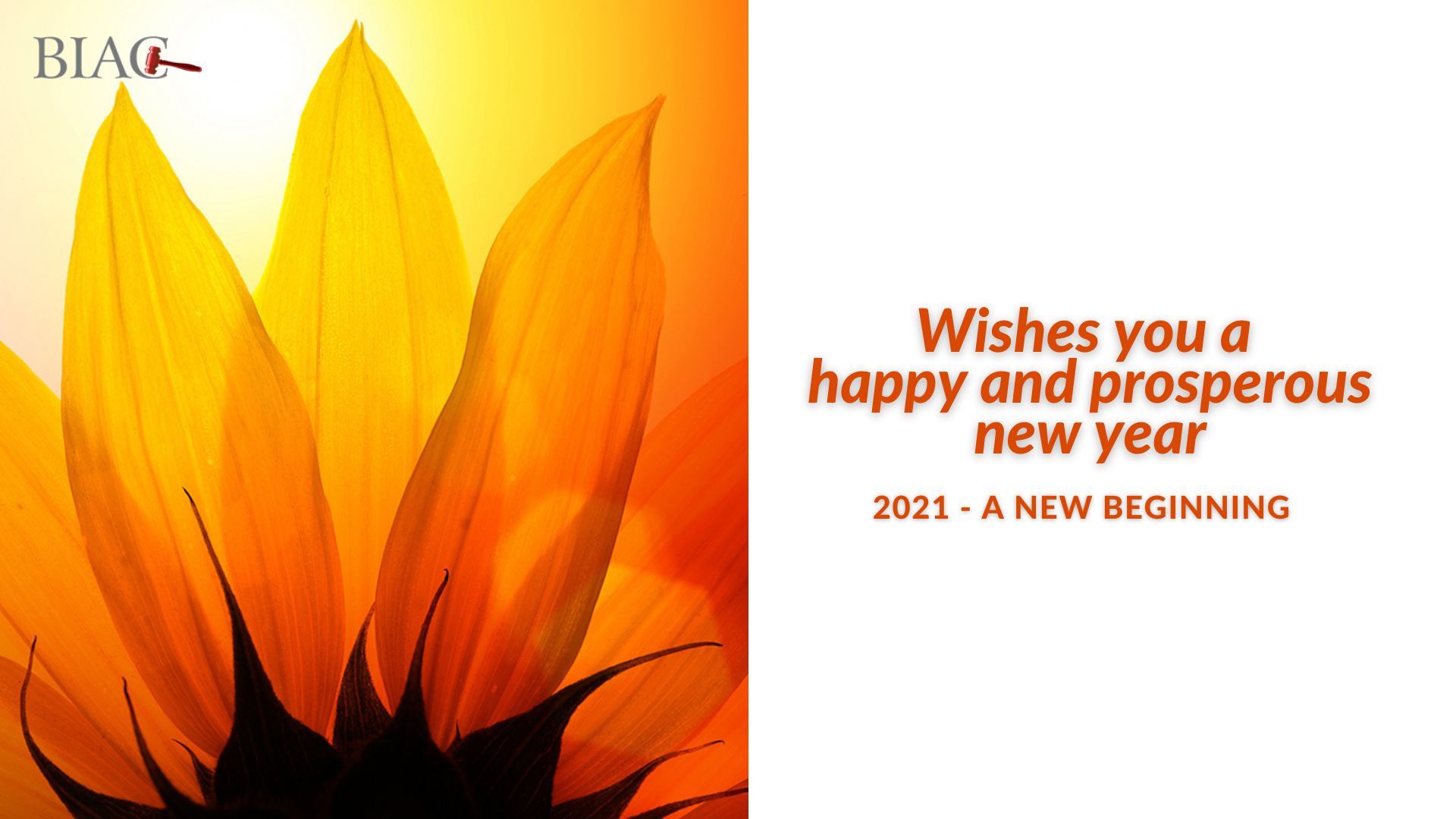 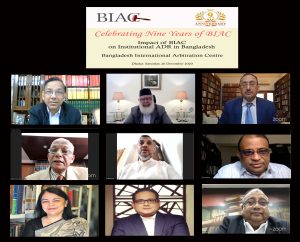 Law, Justice and Parliamentary Affairs Minister Anisul Huq, MP has said that the present Government under the dynamic leadership of Prime Minister Sheikh Hasina, is relentlessly working on incorporating Alternative Dispute Resolution (ADR) provisions in different existing laws of the country in order to make commercial dispute resolution process easier and less time consuming. In view of the ongoing extraordinary circumstances that has emerged from COVID-19, the Government under the definitive instruction by Prime Minister Sheikh Hasina has enacted  ‘Use of Information Technology by the Court Act 2020′ to carry out trials through digital means. Our judiciary has already started conducting court proceedings via video conferencing. However, we are yet to go a long way regarding the virtual form of ADR. Suggested virtual ADR practices can either be based on phone conferences or internet supported video conferences, the Law Minister said.

The Minister was speaking as Chief Guest at the Webinar: ‘Celebrating the First Nine Years: Impact of BIAC on Institutional ADR in Bangladesh’, organised from an online platform by Bangladesh International Arbitration Centre (BIAC) as part of its 9th Founding Anniversary celebrations on Saturday. He also opined that in view of the backlog of court cases with over 3.6 million cases pending in all courts of Bangladesh ADR is now imperative to take us forward towards our goal of economic development during this time of ‘death and destruction’ being caused by the pandemic. The Minister vowed to stand by BIAC in all its promotional activities.

Justice Md. Rezaul Hasan (M. R. Hasan), Judge of the High Court Division, Supreme Court of Bangladesh in his address as Special Guest explained provisions of ADR in the Arbitration Act 2001 where institutional role of BIAC has been indicated. He gave a few suggestions for amendment of the existing arbitration law so that enforcement of foreign arbitral award is simplified and quality of arbitrators is ensured.

Md. Moinul Kabir, Secretary, Legislative and Parliamentary Affairs Division of the Ministry of Law in his Address termed BIAC as an iconic institution in promoting arbitration and mediation and recalled his Division’s participation in a recent joint webinar with BIAC and training of the Division’s officials by BIAC. As Bangladesh is now graduating to a Developing Country, BIAC, by promoting ADR, will help attract more FDIs in the country, the Secretary hoped.

Chairman of BIAC Board and President, International Chamber of Commerce-Bangladesh in his Address requested the Law Minister to allocate some fund to BIAC for its sustainability.  He said that in the wake of the COVID-19 global pandemic BIAC, the not-for-profit institution, has been running short of fund as foreign training has totally discontinued for nearly a year and though BIAC has been trying to hold arbitration and mediation hearings both online and offline during this ongoing crisis, the number of such hearings has reduced substantially. These factors have caused a setback to pursue operating cost of BIAC, he explained. Rahman sought the Law Minister’s support to adhere to ADR methods as much as possible to resolve commercial disputes and use BIAC as a formal institutional platform for this purpose.

Barrister Fida M Kamal, former Attorney General of Bangladesh spoke on the occasion and maintained that  more investment for economic growth means more contracts and potential disputes arising out of commercial contracts can only be resolved through less costly ADR methods.

Ali Reza Iftekhar, Chairman of the Association of Bankers Bangladesh and Managing Director of Eastern Bank Ltd. in his deliberations said that in course of the last nine years of operation, BIAC has carved out a niche towards becoming credible for businesses, both domestically and internationally and gradually established itself as a sustainable ADR service provider.

Speaking at the Webinar, Nihad Kabir, President, Metropolitan Chamber of Commerce & Industry, Dhaka and Member, BIAC Board appreciated BIAC’s hard work for popularising ADR in the country. She urged upon the Law Minister to make mandatory provisions of ADR in all laws before resorting to judicial proceedings in resolving commercial disputes.

Shams Mahmud, President, Dhaka Chamber of Commerce & Industry and Member, BIAC Board took part in the discussion and said that the COVID-19 has seriously aggravated business disputes. He opined that with increasing disputes BIAC should widen its ADR service outreach and try to protect the interest of SMEs and provide them institutional support to which DCCI will join hands.

Chief Executive Officer of BIAC Muhammad A. (Rumee) Ali in his Welcome Address said that developed countries have built up firm ADR infrastructure and in view of Bangladesh’s ranking 189th among 190 economies in the Enforcing Contracts Index of The world Bank Doing Business Indicators, it is time for us to ensure that business disputes be resolved as much as possible before going to the courts. He urged upon the Government and businesses to take forward ADR combining its norms with court proceedings.